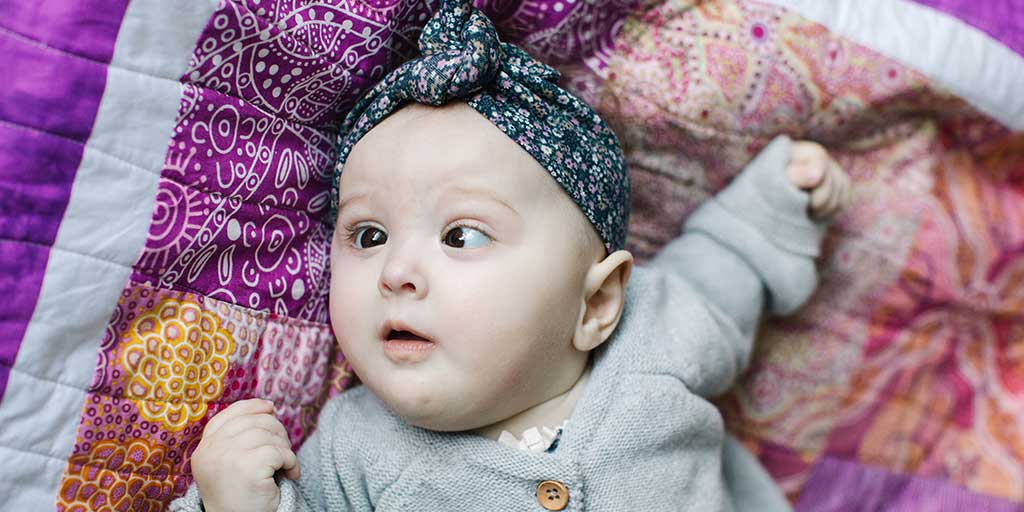 Lacey was born on 22nd September 2018. Lacey’s journey started when she failed her newborn hearing tests and was diagnosed with Auditory Neuropathy Spectrum Disorder and had further testing between The Royal Institute For The Deaf and Blind, Westmead Children’s Hospital and Australian Hearing Macquarie nation hearing told us she could hear low medium and high pitch and was hearing it quite quickly so she needed an MRI to see if she needed a cochlear implant or a hearing aid.

​​At the start of January she had a cough. She was taken to the doctors to get checked and they said she probably has a virus which she would get over. The cough continued for about 3/4 weeks and then we noticed her breathing was unusual when she slept so we took her up to Bathurst base, where they noticed Lacey has a large spleen and liver, she also has a lazy eye.

Lacey’s stats were dropping in her sleep so we were taken by ambulance to Westmead Children’s Hospital where she then saw a big team of doctors from neurology, pulmonology, cardiology, metabolic specialists, sleep specialists, speech pathologists and an ophthalmologist.

Lacey showed signs of discomfort and choking while feeding so she was put on a nasal gastric tube until they were able to do a barium swallow test.

After the barium swallow test showed that Lacey was aspirating her feeds and seemed to have bad reflux, her bottles were thickened with a special type of formula and we were sent home with a follow up appointment to see how she went.

Lacey’s coughing and choking started to increase to the point of she started going blue and limp so we were in and out of Bathurst Base with her choking episodes while we were also waiting for blood tests to come back.

On the 13th of March 2019, Lacey had an episode so bad where she turned completely blue.
She was airlifted to Westmead Children’s Hospital that night and had more tests done over the next couple of days. On the 18th of March we got the blood test results back and our world was completely torn apart.

Lacey was diagnosed with Gaucher Type 2 disease. It is a very rare and cruel genetic disease. Children with type 2 do not live past the age of 2 years old.

The focus switched to Lacey’s quality of life with palliative care until her body could no longer fight.
Lacey passed away on 3rd August 2019.

No parent or child should have to go through this.