Rare Disease Day is on 28th February each year and this year GAANZ together with Genetic Alliance Australia released a series of patient videos and photos which many of you would have seen on our Facebook page.  The main objective of Rare Disease Day is to raise awareness amongst the general public and decision-makers about rare diseases and their impact on patients’ lives.  The campaign targets primarily the general public and also seeks to raise awareness amongst policy makers, public authorities, industry representatives, researchers, health professionals and anyone who has a genuine interest in rare diseases.

GAANZ together with other rare disease patient organisations in Australia & New Zealand attended a rare Disease Day event held at the Sanofi Genzyme Sydney Office – which was co-hosted by GAANZ & Genetic Alliance Australia. There were a number of guest speakers on the evening including the wonderful Rachel Callender who was the photographer for those amazing photos and videos.  The speakers told of their stories & gave us an insight to living with Rare Diseases. Thankyou to everyone involved in this amazing evening. 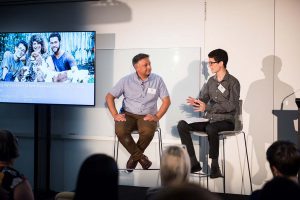 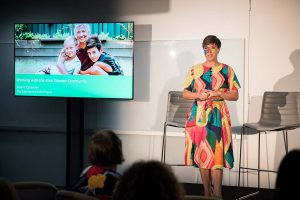